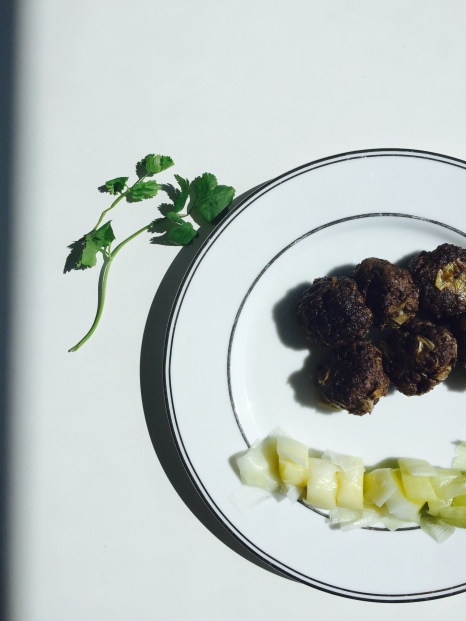 Leek meatballs are among all of the meatballs recipes I tried my favorite. I never knew that leeks and ground beef would have such an amazing taste when they are combined. I find this recipe easy to make and very tasty. It definitely became one of those recipes you wish you could make over and over.

Boil the leeks for about 30min. Once they cool down, process the leeks in a food processor until well chopped but not too much. In a large bowl, mix the leeks, beef, bread crumbs, egg and the spices. Refrigerate for about 30 minutes up to an hour. Heat oil over medium high heat in a large pan, sear the meatballs on both sides until they become golden brown.

In a large pot, heat up the oil and add the onions until they become translucent. Add the meatballs and cover with a little bit of water, cook for about 30min.

You can serve those meatballs with a side of couscous or fresh greens.